Who Is The "Best" or "Top-Rated" DUI Defense Attorney in Orange County, California?

THE "BEST" ORANGE COUNTY DUI DEFENSE ATTORNEYS KNOW THE LAW AND THE SCIENCE BEHIND DUI AND KNOW HOW TO USE IT TO DEFEND YOU AGAINST A DUI CHARGE.

Necessary training includes training on the administration of breath tests and how breath test devices are maintained and calibrated. Knowledge of breath testing is imperative for any true DUI Defense attorney representing you against DUI charges in Orange County and/or anywhere in Southern California or throughout the entire State of California.

Peter F. Iocona has been trained and certified on the administration of breath testing and on the proper manner in which to maintain and calibrate breath testing devices used in Orange County, California.

It is important to know whether the Orange County DUI defense Attorney keeps up with DUI case law.  Peter F. Iocona and the DUI Defense Attorneys of The SoCal Law Network are former “Contributing Editors” to the two-volume treatise entitled: “California Drunk Driving Law”, which is often considered "The Bible of DUI Defense" in California by lawyers and judges throughout the State of California. They know both the law and the science behind defending against DUI charges in Orange County and throughout Southern California and the State of California.

Remember, knowing the law is half the battle in the defense of a DUI charge. Knowing the science is the other half, because if you don’t know the science behind the defense of a driving under the influence (DUI) charge, how can you then expect to go toe-to-toe with the prosecution’s expert? Peter F. Iocona and the DUI Defense Attorneys of The SoCal Law Network know the science and the law—there is no need to look any further than Peter F. Iocona and the DUI Defense Lawyers of The SoCal Law Network for your DUI Defense needs as they are Orange County's "Best" or "Top-Rated" DUI Defense firm.

Knowing the law could mean the difference between a DUI conviction and a dismissal through a Motion to Suppress and/or some other pretrial motion. A Motion to Suppress can be one of the most effective ways to win a DUI case without having to actually proceed to trial. In the event your Motion to Suppress is granted, the DUI charges will likely be dismissed and in turn you will avoid the uncertainty of a DUI trial.

Some firms have a big name, but all the DUI cases are handled by a considerably less experienced lawyer without any input at all from the "big-named attorney".  Some firms have a big named attorney; but the attorney has not really been involved in the day-to-day practice of DUI Defense. Being a "Top-Rated" DUI Attorney requires more than knowledge of the law, it requires the right relationships.  Only DUI Lawyers who actually practice law on a day-to-day basis should be considered in your decision to hire Orange County's Best DUI Attorney.

Other firms may have several big-named attorneys, but those firms often take on too many cases at one time to be able to personally talk with you about your DUI case and/or answer any questions or concerns you have regarding your DUI case.

In choosing a lawyer, or in choosing Orange County's "Best" DUI Attorney, make sure the DUI Lawyer is available to you to answer the important questions you have regarding your Orange County DUI case.

In choosing a lawyer, you may also want to avoid those firms that have no mention of the attorneys, only a vague reference to a law group without providing any information about the actual identity of the lawyers that make up the law group.  How can you as a consumer put faith in a law firm that only refers to itself as an "XYZ Law Group" with no mention as to who the actual attorneys are or whether they actually specialize in DUI Defense in Orange County, California. The DUI Lawyers of The SoCal Law Network are named partners: Peter F. Iocona, Alan Castillo, and Marlo Cordero. Collectively, they constitute Orange County's "Best" or "Top-Rated" DUI Defense Firms .

One such distinction is in the mentality of jurors. Los Angeles Prosecutors have a more difficult time obtaining convictions in DUI matters where in Orange County, they are prosecuting and convicting those with breath and/or blood alcohol concentrations as low as 0.05%.

Another distinction is in the fact that Los Angeles County does not typically test for drugs, whether illicit or prescription, in the blood samples obtained as part of their DUI Investigations and subsequent prosecutions. Orange County, however, tests every blood sample for the presence of illicit and prescription drugs, including such things as over-the-counter antihistamines and/or sleep medications.

Do your homework. Do not make the mistake of hiring a poser Orange County DUI Attorney who is actually a Los Angeles DUI Attorney.

As a suggestion, you may want to avoid what are often called "dump truck" lawyers: lawyers who do not actually review a case prior to advising the client to accept the plea. This is because there are often legal issues involved that could result in the DUI charges being reduced, or even dismissed outright. If the DUI case is not thoroughly analyzed by a competent and qualified Orange County DUI Defense Lawyer, you may miss an opportunity to have the case resolved more favorably.  Only choose an attorney who subpoenas evidence and thoroughly analyzes the evidence. If you want to just plead guilty, so yourself the time and the money and just plead guilty. Why hire a "dump truck" lawyer to plead you guilty without looking at any of the evidence when you could just do that yourself?

These "dump trunk" lawyers often an enticing rate; but consider this: you get what you pay for. But why not have the best if the best attorney is also reasonable? Peter F. Iocona, Attorney at Law, and the Orange County DUI Lawyers of The SoCal Law Network thoroughly review every DUI case, analyzing it for legal and factual defenses that can result in a reduced charge or a finding of "Not Guilty" by a jury or even a judge in certain instances.

CHOOSING AN ORANGE COUNTY DUI LAWYER? AVOID DUI LAWYERS WHO ALLEGE "SPECIAL RELATIONSHIPS" WITH PROSECUTORS AND/OR JUDGES THAT CAN GET YOU A "BETTER DEAL"

In choosing a lawyer, especially in trying to find the "Best" Orange County DUI Attorney to handle your case, you may also want to avoid attorneys who imply or state that they have a "special relationship" or "connection" with certain prosecutors, judges or hearing officers because it is unlikely that most of people would put their jobs on the line for such a "relationship". A good Orange County DUI Defense Attorney should have a solid reputation for fighting for his or her clients while also still maintaining a reputation of professional decorum with the judges and prosecutors. The best defense is a well-prepared defense. Do not trust your Orange County DUI case to just anyone, trust it to a lawyer who gets results.

In choosing a lawyer, you may also want to avoid lawyers who are still prosecutors at heart. If the lawyer still has "ties" to convicting those charged of crime, than that conflict of interest cannot be to your benefit. Not one of the lawyers of The SoCal Law Network is a former prosecutor or police officer. Not one of the lawyers has ever held a position where they were responsible for placing a person in jail for any type of crime for which one may be charged and seeking representation. Do your research in deciding which DUI lawyer to represent you in your Orange County or Southern California DUI case.

CHOOSING AN ORANGE COUNTY DUI LAWYER? ONLY HIRE A DUI LAWYER WHO KEEPS UP WITH DUI LAW

You only want to hire an Orange County DUI Lawyer who keeps up with DUI law. You want to be certain that the DUI attorney you choose keeps up with the case law and statutory changes relating to the defense of DUI.

You also want to be sure that the DUI lawyer belongs to organizations that focus on defending those charged with Driving Under the Influence, such as the National College for DUI Defense (NCDD), the DUI Defense Lawyers Association (DUIDLA), and also the California DUI Lawyers' Association (CDLA), where Mr. Iocona frequently lectured at seminars throughout the State of California.

Peter F. Iocona and the DUI Defense Lawyers of The SoCal Law Network are members of the National College for DUI Defense (NCDD) and of the California DUI Lawyers' Association (CDLA) and were "Contributing Editors" to the two-volume treatise: "California Drunk Driving Law" from 2003 to 2016. Peter F. Iocona and the experienced DUI Lawyers of The SoCal Law Network not only know the law, they helped write the book on it every year.

CHOOSING AN ORANGE COUNTY DUI LAWYER? MAKE SURE THE DUI LAWYER HAS THE PROPER TRAINING

Attorney Peter F. Iocona has "qualified" as both a Standardized Field Sobriety Test "Administrator" as well as an "Instructor". Mr. Iocona has been certified" in the proper administration in some of the breath testing devices used in Orange County, California. Mr. Iocona uses this training to determine whether and legal or factual defenses exist in your Orange County DUI case.

AVVO is an "attorney-rating" service that accumulates data on participating and non-participating attorneys in all disciplines. With AVVO, participating attorneys have the ability to place all their credentials on one page. AVVO also allows users to ask attorneys questions that participating attorneys can answer free-of-charge. Just because an attorney answers questions does not make him/her a great attorney, but one can gain a better understanding of the attorney's competency by reading his or her answers.  Additionally, one can gain a better understanding of how the DUI attorney is viewed by other attorneys in his or her discipline; but be aware of the fact that the peer reviews may have been obtained by friends of the attorney, and not really peers. All in all, however, the website is a convenient tool in locating an attorney, but be sure to read all of the reviews from all of the sites that are available anywhere.

You need a DUI Defense Lawyer who will take the time to answer your questions and address your concerns because let's face it: being arrested for DUI can be a traumatic experience. The DUI suspect remains in a constant state of unrest during the pendency of their DUI case: concerned about the unknown and fearful about the impact a DUI conviction may have on their lives.

While being arrested and charged with Driving Under the Influence (DUI) is traumatic, the experienced DUI Lawyers of The SoCal Law Network will help you make it through it. At The SoCal Law Network, we are a "Team" of dedicated DUI Defense Lawyers, all with different skills and talents relating to the defense of DUI and all working together to defend you against the DUI charges. 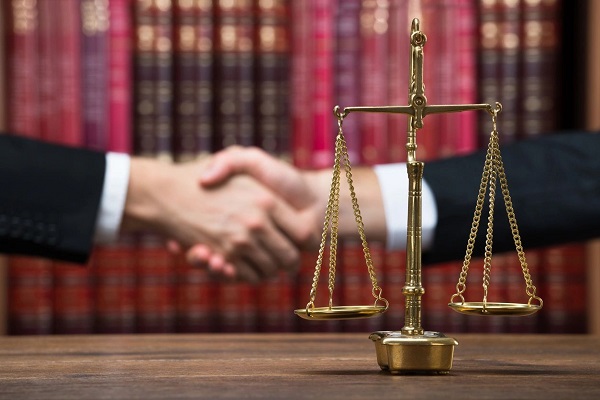 In choosing the best Orange County DUI Defense Attorney it is important to hire a DUI Lawyer who is not only competent and qualified, but also responsive to your questions and concerns. The number of decisions one charged with DUI has to make prior to a case coming to a conclusion is staggering. During these times, it often helps to have the candid and professional advice of an experienced Orange County DUI Defense Attorney who specializes in defending those charged with DUI and who provides honest and candid advice.

If you were charged with Driving Under the Influence, look no further than Peter F. Iocona and the DUI Defense Lawyers of The SoCal Law Network to represent you.