Cypress is located in the northwest portion of Orange County. According to Wikipedia, Cypress was originally nicknamed "Waterville" due to the number of artesian wells in the area, but the City was incorporated under the name Dairy City in 1956 by local dairy farmers in an effort to preserve their dairies, much like the then-neighboring cities of Dairy Valley in Cerritos and Dairyland in La Palma.

After World War II, however, the land became too valuable for farming and/or ranching, and the dairies gradually sold out to housing developers during the 1960s and by the 1970s, no dairies remained.

In 1957 local residents voted to change the name of "Dairy City" to "Cypress", which was taken from the name of the local elementary school, Cypress Elementary School, which was originally built in 1895) and which took its name from the Cypress trees planted to protect the schoolhouse from the seasonal Santa Ana winds.

Cypress has a number of bars and restaurants within the city limits that serve as areas patrolled by the Cypress Police Department in search of drunk drivers.

Cypress is patrolled by the Cypress Police Department. Many Cypress patrol vehicles have video recording devices that record the Cypress DUI stop, detention and arrest. In addition, many Cypress police officers carry digital audio recordings of the DUI detention and arrest. These recordings can be of great assistance to an experienced Cypress DUI Defense Lawyer to review to determine whether any legal or factual defenses exist in your Cypress DUI. 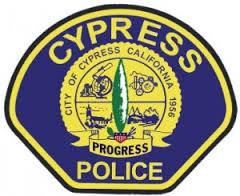 If you were arrested for DUI in Cypress by the Cypress Police Department, you should expect your Cypress DUI case to be heard out of the West Justice Center in Westminster, California, which is located at:

If you were arrested in Cypress for DUI, contact Peter F. Iocona and one of the experienced Cypress DUI Lawyers from The SoCal Law Network today for a free consultation and case evaluation.