Garden Grove is a city in the northern part of Orange County, California. It neighbors the City of Anaheim and thus, the Disneyland Theme Park, as well as Westminster, Seal Beach, Cypress and Even Los Alamitos. It is therefore often use as a cut-through to its neighboring cities and their local events and entertainment.

Garden Grove does host an annual event held over Memorial Day weekend, the Garden Grove Strawberry Festival. According to Wikipedia, it is one of the larger community festivals in the western United States. The event celebrates the city's agricultural past, including the cultivation of crops like chili peppers, oranges, walnuts and strawberries. 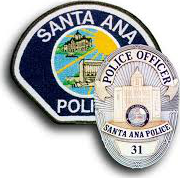 If you were arrested for Driving Under the Influence by the Garden Grove Police Department, you should expect your Garden Grove DUI case to be heard out of the West Justice in Westminster, California.