Orange is a City in the central/northern portion of Orange County, California. Many of the homes in its Old Towne District were built before 1920, which makes the City of Orange somewhat unique when compared to other cities in the County of Orange who chose to demolish those older homes when building their newer communities in the 1960s and 1970s.

In the center of Old Towne District in the City of Orange there are shops, antique stores, bar, restaurants and other hot-spots for locals and visitors alike. Most of this area surrounds the Orange Circle, which is another popular destination for both locals and visitors.

Chapman University is also located in the Old Towne District of the City of Orange. While not known as a "party school", the large group of student in attendance frequent the local bars, restaurants and local hot-spots for drinking and fun. It therefore serves as a prime location for Officers from the Orange Police Department to patrol looking for DUI Drivers.

Another popular location for Orange Police Officers is by The Outlets at Orange, formerly The Block at Orange, a shopping mall filled with stores, movie theaters, restaurants and bars.

Lastly, there are travelers to and from the stadiums located in neighboring Anaheim with travelers often using the streets of Orange as their thoroughfare. The same holds true for those visiting Disneyland while staying in Orange. It is for these reasons that the Orange Police Department routinely constructs DUI Checkpoints at those access points within the City of Orange.

There is also video from within inside the jail that augments the audio and video that is captured by the Body Worn Cameras. 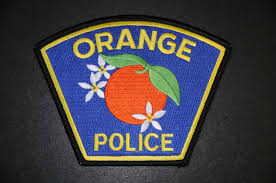 A qualified and experienced Orange DUI Attorney can review these recordings to determine what legal and/or factual defenses exist in your Orange DUI case. If you were charged with DUI out of Orange, California, contact Orange DUI Defense Attorney Peter F. Iocona, Attorney at Law, and one of the Orange DUI Lawyers of The SoCal Law Network for a free Orange DUI Consultation.

If you were arrested for Driving Under the Influence in Orange by the Orange Police Department, you should expect your Orange DUI case to be heard out of the Central Justice in Santa Ana, California.

Speak with an Orange DUI Attorney from The SoCal Law Network today to learn more about the possible defenses of your Orange DUI case, and how you can defend yourself against the oftentimes severe sentencing measures the Orange County District Attorney's Office seeks to impose.

DIRECTIONS FROM THE ORANGE POLICE DEPARTMENT IN ORANGE, CALIFORNIA TO PETER F. IOCONA, ATTORNEY AT LAW IN LAGUNA HILLS, CALIFORNIA

Remember, the California Department of Motor Vehicles - Orange Driver Safety Office is located in Orange, California. This is where your DMV APS Hearing will be held if you were arrested for DUI in Orange County, California.

The Orange Driver Safety Office is located at: