Anaheim is one of the largest cities in Orange County, California, stretching from Cypress to the Riverside County border. Anaheim is also home to Disneyland, Disney Adventure, and numerous hotels, resorts, restaurants and bars that surround all of these popular destination points.

Anaheim is home to Angel Stadium and the Honda Center. DUI Checkpoints are commonly found around the stadium areas trying to catch drivers who left one the stadiums or the surrounding bars and/or restaurants after consuming alcohol and may be driving under the influence. Some of the Checkpoints are constructed in the City of Anaheim while others just on the outskirts, such as in the City of Orange, California, also known to hold numerous DUI Checkpoints in the roadways leaving the stadium and other local Anaheim attractions leading into the City of Orange. 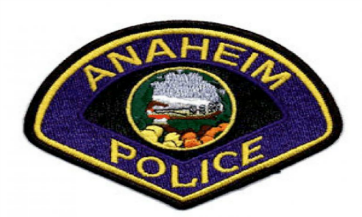 If you were arrested for DUI in Anaheim prior to January of 2015, you should not have expected to receive any audio or video recordings of the Anaheim DUI stop, detention or arrest; however, after January 2015, the Anaheim Police Department began using Body Worn Cameras (BWC) in conjunction with a program set forth by the United States Department of Justice that captures both the audio and video of the entire Anaheim DUI stop, detention and Anaheim DUI arrest. These recordings are instrumental to your Anaheim DUI Attorney's ability to determine whether any legal and/or factual defenses exist in your Anaheim DUI case.

As with the Orange Police Department, there is often video from inside the jail at the Anaheim Police Department, but this usually only captures the chemical test portion of the Anaheim DUI arrest or, in refusal or forced-blood test cases, the Chemical Test Admonition and blood draw, which can be helpful for an Anaheim DUI Defense Lawyer to review in order to determine whether you actually refused to submit to a chemical test as required by law.

If you were arrested for DUI in Anaheim, and want the "Best" or "Top-Rated" Attorney in Anaheim  to review the evidence against you to determine whether you should plead guilty to Driving Under the Influence, contact Peter F. Iocona, Attorney at Law, and the Anaheim DUI Lawyers of The SoCal Law Network.

MISDEMEANOR VERSUS FELONY CHARGES IN ANAHEIM

Additionally, all misdemeanor cases, including DUI cases, are handled by the Anaheim City Attorney's Office, not the Orange County District Attorney's Office (OCDA). Anaheim is the only City in Orange County that prosecutes their own misdemeanor cases. This is why it is increasingly more important to retain the services of an experienced Anaheim DUI lawyer to represent you if you were charged with a DUI in Anaheim, California.

If you were arrested for DUI in Anaheim by the Anaheim Police Department, you should expect your Anaheim DUI case to be heard out of the North Justice in Fullerton, California, which is located at:
North Justice Center (NJC)
1275 North Berkeley Avenue
Fullerton, CA 92832-1258

Speak with an Anaheim DUI Attorney Peter F. Iocona, Attorney at Law or one of the Anaheim DUI Lawyers from The SoCal Law Network today to learn more about the possible defenses of your Anaheim DUI case, and how you can defend yourself against the oftentimes severe sentencing measures the Orange County District Attorney's Office seeks to impose.

DIRECTIONS FROM THE ANAHEIM POLICE DEPARTMENT IN ANAHEIM, CALIFORNIA TO PETER F. IOCONA, ATTORNEY AT LAW IN LAGUNA HILLS

DIRECTIONS FROM THE ANAHEIM POLICE DEPARTMENT - WEST STATION IN ANAHEIM TO PETER F. IOCONA, ATTORNEY AT LAW IN LAGUNA HILLS