Regarding View Obstructions - CVC-26708, an object hanging from the rearview mirror of a motor vehicle does not provide sufficient grounds for a detention unless the police officer has an objectively reasonable basis to believe that the object is obstructing or reducing the driver’s clear view through the windshield or side windows. See CVC § 26708(a)(2). 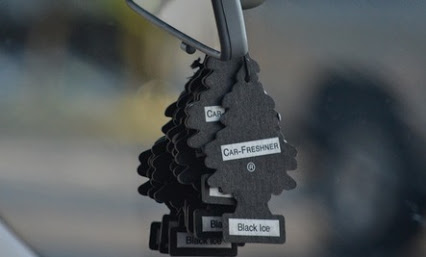 Thus, regarding View Obstructions - CVC-26708, the enforcement stop of a vehicle with a tree-shaped air-freshener hanging from the rearview mirror was ruled unconstitutional in People v. White (2003) 107 Cal.App.4th 636, but found constitutional in the more recent case of People v. Colbert (2007) 157 Cal.App.4th 1068. In White, however, the police officer offered no evidence at the trial as to why he believed the air freshener might be obstructing the driver’s view, and the opinion made clear to indicate that the outcome might have been different if he had, which might explain the difference in the outcome of these two cases involving alleged violations of CVC § 26708(a)(2). The conflict in the Court's decisions in White and Colbert help demonstrate the legal ambiguities involved in coming to the conclusion as to whether an alleged view obstruction is an actual view obstruction and that the determination will be made on a case-by-case basis as the case law is inconclusive on the issue of what constitutes a view obstructions pursuant to CVC-26708(a)(2).

Simply put, if you are going to drink and drive and/or do anything and drive, and you want to avoid police contact, you are better off not having any items that may potentially interfere with your ability to view the entire windshield area and thus avoid being stopped and detained for an alleged violation of Vehicle Code Section 26708(a)(2).