According to this news report by KTLA-5, a second person died after a suspected DUI crash in Santa Ana, officials said this past Monday. Santa Ana police released this booking photo of Ryan Anthony Morris on August 1, 2016.

The crash reportedly occurred on Friday, July 30th at about 8:30 in the morning near the intersection of West MacArthur Boulevard and South Bristol Street, according to the news report.

According to the news report, “two passengers were trapped in the vehicle and were later rescued and taken to a hospital with critical injuries. Shane Spear, 23, died from his injuries on Friday, according to the Santa Ana police department. The Santa Ana Police reported on Monday that Kayla Smith, 20, of Florida, also died.

An investigation determined that the driver, Ryan Anthony Morris, 26, made an “unsafe turning movement” at the intersection and then lost control of the vehicle, which then crashed into a light pole and then the vehicle overturned, Santa Ana Police Department officials said. Ryan Morris was also allegedly found to be under the influence of alcohol.

As a result, he was arrested for DUI manslaughter and DUI causing great bodily injury and/or death, according to the Santa Ana Police Department officials who provided information to the Press. 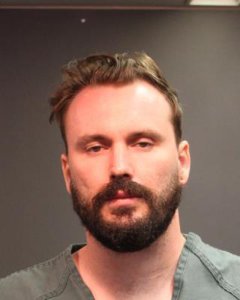 This story demonstrates the complexities involved with defending a person charged with such a crime. The reality is, DUI is dangerous, and accidents of this nature have been known to occur when a driver consumes alcohol and then drives; but as I have repeatedly written, there are no winners in cases like these – everyone loses. The victims and their families have lost loved ones and the defendant and his/her families also lose as the defendant faces considerable jail time among other punishments. Click the link to learn more about how to defend against DUI charges causing death and/or bodily injury.