THE DEBATE SURROUNDING LOWERING THE LEGAL LIMIT FROM 0.08% TO 0.05%

SEEING BOTH SIDES OF THE DEBATE SURROUNDING LOWERING THE LEGAL LIMIT

The National Transportation Safety Board (NTSB) has been encouraging states to lower their current legal blood alcohol content limits for drivers from .08% to .05%, or even lower, claiming that the change would save lives.

The agency has stated that: “When it comes to alcohol use, we know that impairment begins before a person’s BAC reaches 0.08 percent, the current legal limit in the United States.” The agency has also stated that: “In fact, by the time it reaches that level, the risk of a fatal crash has more than doubled. That is why states should lower BAC levels to 0.05— or even lower.”

The agency issued the recommendation while admitting that “the amount consumed and crash risk is not well understood.” Admitting that “We need more and better data to understand the scope of the problem and the effectiveness of countermeasures.” 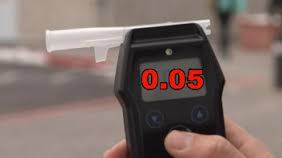 What is most intriguing about the NTSB recommendation is that the “Mothers Against Drunk Driving founder, Candace Lightner, who led the successful national campaign in the 1980s to crack down on drunk driving after her daughter was killed in an alcohol-induced accident, doesn't support the proposal,” stating: "I don't believe it is a practical long-term solution," she told U.S. News. "You could go to 0.0 and that would save lives. You could go to a 40 mph speed limit and that would save lives, but you have to look at what's realistic."

Ms. Lightner also stated that “The laws would likely save lives in the short-term due to media attention, she said, but ultimately ‘won't be enforced and will be a waste of time,’ distracting from what she sees as the most significant highway safety issues: high-BAC drunk driving, drugged driving and distracted driving,” all of which are legitimate concerns.

As we know, States set their own legal BAC limits, but the federal government is able to gain compliance of the State by tying it to federal funding. If a State declines that which the federal government is selling, the State loses out on receiving federal highway safety funds. Based on this principle, since 2004 all of the 50 states have adopted a legal limit of 0.08%. This was at the urging of both MADD and the NTSB.

Regarding the issue, Ms. Lightner has stated that "Years ago, I wasn't really hot on .08," said Lightner, who left MADD in 1985. "I didn't think it would be enforceable and that it would work, and I've heard it isn't being enforced. But we're at .08 now, so I'm going to say leave it there." According to many news sources, MADD's current leadership has indicated that it will not actively push to lower the legal blood alcohol limit, which the NTSB believes could save 1,000 lives a year.

Regarding lowering the limit to 0.055, Lightner has also indicated that "Running around trying to arrest everyone at .05 is impractical.” Further, that “Police and prosecutors she spoke with said the lower limit would be ‘very hard to prosecute,’" in part because many of those drivers would pass the field sobriety tests, leaving only subjective evidence of impairment.”

After leaving MADD, Ms. Lightner became critical of the group she helped build into a national activist organization, referring to it as "neo-prohibitionist," But she now claims that disagreement has ended. "I believe they're off that kick," Ms. Lightner said. "It was a long, long time ago. Unfortunately the Internet has a habit of keeping old comments alive."

CREATING THE WE SAVE LIVES ORGANIZATION

Lightner recently formed a new organization, We Save Lives, to coordinate among groups that oppose drugged and distracted driving and she remains proud of her work to raise the national drinking age to 21 as a way to reduce drunk driving. "I was the one who initiated raising the drinking age to 21 and I stand by it," she said. "That was my thing. I believe in it strongly and support it all the way."

As part of its campaign to lower the legal limit, the National Transportation Safety Board also is seeking a ban on hands-free technology in cars, which in my opinion demonstrates its overzealous approach to lowering the legal limit.

Christopher Hart, the acting chairman of the National Transportation Safety Board (NTSB), stated during a press conference announcing the recommendations that “Hands-free cell phone use causes cognitive distraction.” Thus, “We have recommended prohibiting all cell phone use, including hands-free, because a driver’s mind must be on the driving, just as their hands must be on the wheel,” he stated.

The NTSB indicated that “Since people have limited attention, each auxiliary task impairs our processing of the primary task. For safety-critical operations, distraction must be managed, even engineered, so as to ensure safe operations.”