IS THE PRESUMPTION OF INNOCENCE DEAD?

In criminal matters, including DUI cases, the "Presumption of Innocence" serves to emphasize the proposition that the prosecution has the obligation or burden to prove each and every element of the offense beyond a reasonable doubt and further that the accused bears no burden of proof. 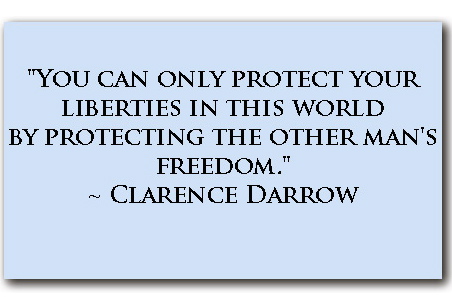 A defendant in a criminal case is presumed to be innocent. This presumption requires that the People prove each element of a crime [and special allegation] beyond a reasonable doubt.

So here’s the problem really, how many of you have driven past the scene of a person either being pulled over or being investigated the police and said to yourself: “There those cops go again arresting another innocent person.”

The truth of the matter is we say to ourselves: “I wonder what that guy did?” It’s natural, right – we automatically assume that the person must have done something wrong.

Yet despite this fact of life, jurors are expected to presume that the person is innocent despite the fact that the person labeled the defendant was investigated, arrested, officially charged by the prosecutor; but yet he/she is 100% innocent. The truth of the matter is we cannot divulge ourselves of that basic fact of life – we have already come to the conclusion that the person must have done something wrong and we are asked to dispel that preconceived notion and believe as all of the evidence is presented that the defendant is actually innocent. This is counter-intuitive.

So how do we address this dilemma? Well, for starters we understand that a jury trial is in fact a game. There are rules to the game and those are found in the Jury Instructions. So you must, if you are to play the game according to the rules of law, accept these instructions as truths and apply them to the facts of the case, or the evidence, to determine whether the defendant is in fact guilty beyond every reasonable doubt. Now I know there are some of you out there that may take offense to me referring to a trial as a game; but there really is no other way to refer to it because again, the rules jurors are to follow are in fact counter-intuitive. You see, one must change the way they think if they are going to serve as a “fair” juror – truly giving the defendant the benefit of the doubt and applying the presumption of innocence in the manner in which our Forefathers intended because again, as expressed by the English jurist William Blackstone in his seminal work, Commentaries on the Laws of England, which was published in the 1760s: “It is better that ten guilty persons escape than that one innocent suffer".

DUI PRESUMPTION OF INNOCENCE & WHY IT IS SIGNIFICANT

The DUI Presumption of Innocence is significant because it is one of the laws on which the just must deliberate. It is for this reason that any Criminal Defense and/or DUI attorney you intend to hire for your DUI case must believe in this precept of law and want to apply it to you and your case.

If you were arrested for DUI in Orange County and are seeking a DUI Trial Attorney, contact Super Lawyers Rated DUI Defense Attorney Peter F. Iocona for a Free Consultation.