Methamphetamine is a common basis for a DUI charge for two reasons. First, an emerging population of regular users of illicit methamphetamine continue to expand because it is typically cheaper than cocaine and more easily found. Second, methamphetamine intensifies, stimulates, and accelerates brain functions that can reduce the ability to drive safely. Drivers who take methamphetamine can experience extreme agitation, paranoia, or even extreme aggression and can often respond to everyday traffic conditions with erratic maneuvers that cause them to get stopped for suspicion of DUI Methamphetamine. 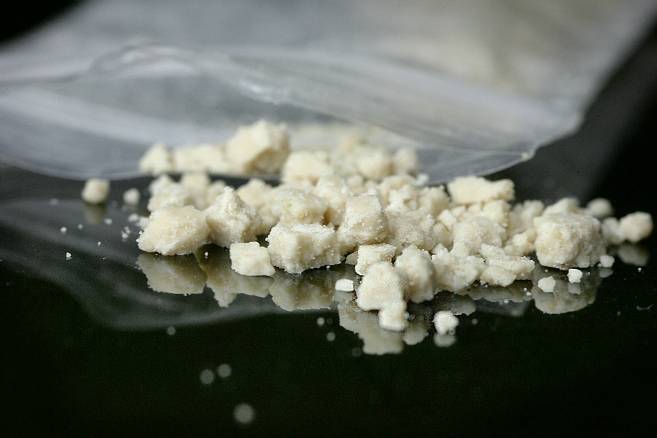 Methamphetamine hydrochloride is a white to light brown crystalline powder, or clear chunky crystals resembling ice. Methamphetamine base is a liquid.

The majority of street methamphetamine is produced in clandestine laboratories (e.g. reduction of l-ephedrine or d-pseudoephedrine over red phosphorus with hydroiodic acid, or reduction with sodium or lithium in condensed liquid ammonia). Methamphetamine remains concentrated in western U. S. states and some rural areas elsewhere. d-Methamphetamine is a schedule II controlled substance (Desoxyn®) available in 5 mg white, 10 mg pink, and 15 mg yellow strength tablets. Amphetamine is also a Schedule II controlled substance and is usually supplied as the sulfate salt of the d-isomer (Dexedrine®), or as the racemic mixture (Benzedrine®), or a mixture of the two (Adderall®). Dexedrine® is available in 5, 10, and 15 mg strength, orange/black capsules, or 5 mg tablets. Adderall® is available in 5, 7.5, 10, 12.5, 20, and 30 mg strength, blue or orange tablets.

Medicinally, methamphetamine is used in the treatment of narcolepsy, attention deficit disorder (ADD), and attention deficit hyperactivity disorder (ADHD). Typical doses are 10 mg/day or up to 40 mg daily, and a course of greater than six weeks is not recommended. Methamphetamine is infrequently used in the treatment of obesity, overeating disorders, and weight loss due to its abuse potential. Amphetamine is also used in ADD, narcolepsy, and weight control. Recreationally, methamphetamine is abused to increase alertness, relieve fatigue, control weight, treat mild depression, and for its intense euphoric effects.

Potency, Purity and Dose: Purity of methamphetamine is currently very high, at 60-90%, and is predominantly d-methamphetamine which has greater CNS potency than the l-isomer or the racemic mixture. Common abused doses are 100-1000 mg/day, and up to 5000 mg/day in chronic binge use. Therapeutic doses of Desoxyn® are 2.5-10 mg daily, with dosing not exceed 60 mg/day. To treat narcolepsy, 5-60 mg/day of amphetamine is ingested in divided doses; and in ADD and ADHD doses of 2.5-10 mg/day is administered, depending on age.

Methamphetamine users often begin with intranasal or oral use and progress to intravenous use, and occasionally smoking. In contrast to cocaine, the hydrochloride salt of methamphetamine can itself be smoked. Methamphetamine is used sometimes with alcohol or marijuana, particularly during the withdrawal phase.

Positive results generally indicate use within 1-4 days but could be up to a week following heavy chronic use. Rate of excretion into the urine is heavily influenced by urinary pH. Between 30-54% of an oral dose is excreted in urine as unchanged methamphetamine and 10-23% as unchanged amphetamine. Following an intravenous dose, 45% is excreted as unchanged parent drug and 7% amphetamine.

Onset of effects is rapid following intravenous use and smoking, while effects onset more slowly following oral use. Overall effects typically last 4-8 hours; residual effects can last up to 12 hours.

Methamphetamine has a high potential for abuse and dependence. Tolerance may develop and users may quickly become addicted and use it with increasing frequency and in increasing doses. Abrupt discontinuation of use can produce extreme fatigue, mental depression, apathy, long periods of sleep, irritability, and disorientation.

Phenobarbital, propoxyphene, phenytoin and MAOI’s slow the metabolism of amphetamines and increases their effect on the release of norepinephrine and other monoamines from adrenergic nerve endings. Amphetamines may counteract sedative effects of antihistamines. Methamphetamine may restore ethanol induced impairment in simple repetitive tasks of short duration, however, there is no restoration of ethanol-induced deficits of balance and steadiness. In general, high doses of amphetamines are likely to increase the impairing effects of alcohol. Chlorpromazine and haloperidol block dopamine and norepinephrine reuptake, thus inhibiting the central stimulant effects of amphetamines. Amphetamine potentiates the analgesic effect of meperidine.

At lower dose, amphetamines have few effects on cognitive functioning and may result in an enhancement of some psychomotor tasks, but risk-taking increases at higher doses and responses become inappropriate. Drug withdrawal could also lead to the impairment of psychomotor skills required for safe driving.

Click To Call
Set Appointment
Scroll To Top
Go to mobile version
We use cookies to ensure that we give you the best experience on our website. If you continue to use this site we will assume that you are happy with it.OkNo