According to a NBC News Los Angeles News Report, “a man who was killed after a suspected DUI driver rear-ended his sedan, pushing the car into an intersection where it caught fire, was identified Saturday by the Orange County Coroner's Office as Steven Okamura, 50, of Orange, who died Thursday in the crash at Chapman Avenue and Yorba Street”, according to the news report.

Regarding Stephanie Derosas's Vehicular Manslaughter charges, according to the news report, a 32-year-old woman, Stephanie Derosas, was accused of driving under the influence when her black Toyota Camry struck Okamura's Chevrolet Cruze stopped at a red light.

The suspected driver, 32-year-old Stephanie Derosas, was arrested on suspicion of DUI and vehicular manslaughter, according to police and the news report. The woman remained hospitalized this past Friday afternoon, so details regarding her injuries were not available, according to the news report.

The stories, meaning those involving vehicular manslaughter, are never easy. As I often say, there are no winners in these cases – everyone loses. The victim obviously loses, as does his/her families and friends. The accused, and his/her families and friends, also lose. Even the law enforcement officers and the DUI defense attorneys lose because the details and images cannot be unseen or unheard. Again, there are no winners – everyone loses.

That said, I am often asked how I, or we, can defend against the crime of Vehicular Manslaughter. The truth is that because there are no winners, someone has to try to look out for the greater good. What I mean by that is that some good can come out of the loss, or losses, in that it can be used to teach both the accused and those around him/her about the dangers of drunk driving. As I have often said in many of my blog posts, I do not condone drinking and driving; but I do defend those charged with the crime. I do it for several reasons. One of the reasons I do it is to defend those who I believe it cannot be proven beyond a reasonable doubt that the person is actually guilty of the crime beyond all reasonable doubts. Another reason is that for those to whom this does not apply, I can teach them about the pitfalls that we all know are associated with drinking and driving, which is that far too often one can be above the legal limit without even knowing it. The risk is just too great. The public opinion against drinking and driving is so great that it is a crime that has become increasingly more and more difficult to defend because one faced with such charges would need a jury that understands the law that they are to apply to their jury deliberations, a few of those topics have been addressed in prior blogs, such as “The Presumption of Innocence”, “Proof Beyond a Reasonable Doubt” and the “Circumstantial Evidence Instruction”. 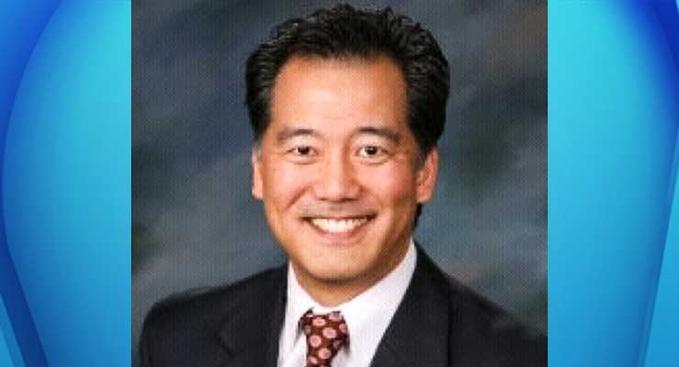 Regarding Stephanie Derosas's Vehicular Manslaughter charges, all of these topics are important for a jury to understand before an accused charged with DUI can expect to receive a fair trial. After all, just because a person has been investigated and charged does not mean the same person is guilty beyond all reasonable doubt.

Now some of you may feel that I am splitting hairs. I am not. The rules associated with jury deliberations are meant to be taken as they were when they were created under the concepts of law that served as a foundation for the United States Constitution – the right to a fair and impartial trial by a jury of one’s peers. But those peers cannot be biased or prejudiced against the individual simply because the person was charged with the crime because being charged is not the same as being guilty. There significant and distinguishing legal requirements associated with this concept. An officer may have “probable cause” to arrest an individual; but that does not mean that he/she has proven beyond all reasonable doubts that the person is in fact guilty. Moreover, it might be more likely than not that the person may have actually committed the crime, but that is insufficient under the proof beyond a reasonable doubt standard as the proof beyond reasonable doubt standard is the highest legal standard we have in our system of law. The standard was made applicable to jury deliberations to ensure that a jury does not erroneously convict an innocent man or woman of a crime that he/she did not actually commit.

In closing, these concepts are important to ensuring that the People hold the Government to the burden of proof required by law: to prove a person guilty beyond all reasonable doubt or doubts. If this system of law is not followed, the system breaks down and the innocent are found guilty. This is a trend we are beginning to see more and more frequently, as evidenced by the overwhelming number of innocent people being released after it was later determined that they were wrongfully convicted, either by the overreaching actions of the government or mistaken identity to name just a couple. The Government, or the prosecutor, must be held to this burden of proof in order for the system to work as it was intended. An experienced attorney can help the jury understand the significance of these principles for the system to work as it was intended: to protect against erroneous convictions. Not every one who has been charged with a crime is in fact guilty of the crime.

Being charged with Vehicular Manslaughter, or even DUI with Great Bodily Injury, the crimes involve the death or bodily injury sufficient to almost guarantee the imposition of jail time as part of the sentence. It takes experienced DUI Defense attorneys to handle matters like these – we can help. Whether you or a loved one has been charged with either one of these crimes, you need to contact both an experienced and skilled DUI Defense Attorney – we are that firm. Contact us today for a free consultation regarding your case, it could mean the difference in years off your sentence or an outright dismissal of your case.