The California Department of Motor Vehicles' Administrative Per Se statutory scheme was created to quickly remove the licenses of those charged with DUI. Because the action is administrative, the rules of evidence are relaxed. Thus, nearly everything comes in. Also, the case is decided under a preponderance of the evidence standard as opposed to the proof beyond a reasonable standard used in court. The relaxed evidentiary standards allow the DMV to conduct the hearing without testimony from the arresting officer unless you subpoena the officer or witness to the hearing.

Additionally, the case is not decided by a judge or jury, it is decided by an employee of the DMV who serves as both the prosecutor and the judge. While there are some hearing officers who are able to fairly judge these competing points of view, many are unable to do so effectively. One can imagine that it is difficult to play both the role of the judge and the prosecutor then decide as to whom between the prosecutor and the defense prevailed on the actual issues. The Department bears the presumption, but the DMV APS hearings can be won.

In the event one does not prevail at the hearing, there is the possibility of pursuing judicial review by way of a writ of mandate, which is heard by an actual judge. DMV writs are complicated and, as a result, are often handled only by a group of attorneys who know how to handle these types of cases. Sometimes these cases continue on to the Court of Appeal or even the California State Supreme Court.

AN INTRODUCTION OF THE TYPES OF DMV APS ACTIONS

There are several grounds for a person to be served with an Administrative Per Se Suspension (APS) Order—They are as follows:

AN OVERVIEW OF THE "ADMIN PER SE" HEARING ISSUES

The DMV must prove the following issues as a standard "Admin Per Se" hearing:

AN OVERVIEW OF THE "REFUSAL" HEARING ISSUES

The DMV must prove the following issues at a chemical test refusal hearing: 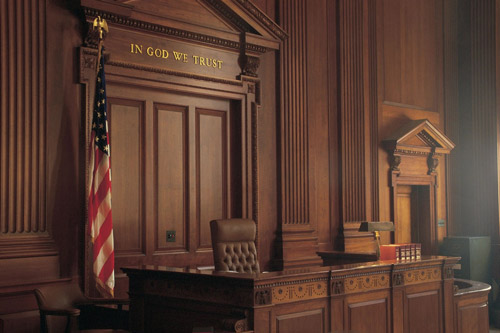 For a first offense Orange County DUI, the licensee is exposed to a four (4) month administrative suspension that can be modified to a license restriction after thirty (30) days of hard suspension, which means no driving whatsoever. Thereafter the licensee is on a restriction for a period of five months. Changes in the law effective January 1, 2019 make it possible to avoid the 30-day hard suspension by installing an Ignition Interlock Device (IID); however, problems still exist with those devices.

For a second and third offenses, the license is exposed to a one year suspension that is able to be modified to a ignition interlock device (IID) restriction after 90 days on a second offense DUI and after six (6) months on a third offense; but the ability to qualify for the driver's license restriction is based on a conviction for DUI, not the administrative suspension action alone.

Law changes that became effective January 1, 2019 make it possible to obtain an Ignition Interlock Device (IID) restriction without the existence of a conviction with proof that the person is enrolled in an 18-month California State Approve DUI Alcohol Program.

A licensee is still unable to qualify for an IID restriction if they are found to have refused to submit to a chemical test or the blood test had to be forced. The hearing is significantly more important as a first offense refusal exposes a licensee to a one year revocation and a second or third offense refusal results in a minimum two year revocation.
The DMV APS hearing has additional significance. It gives the Orange County DUI Attorney the ability to conduct a preliminary work-up of the case and determine if a witness or witnesses should be subpoenaed, such as the arresting officer and/or other witnesses. These issues are later used in court at the OC DUI trial.

REFUSAL ALLEGATIONS AT DMV AND COURT

Refusals are the most difficult cases to defend at the DMV, and as such, oftentimes result in the need to take a writ of mandate to obtain justice. The defenses to a refusal are limited based on over 40 years of case law. You need an attorney who is skilled in defending these types of allegations.