The City of Irvine is home to some of the world's largest businesses. As the City has grown over the years it has become filled with entertainment establishments that serve not only the local business community, but also visitors staying nearby the John Wayne Airport for business or personal reasons.

With its vast number of businesses located in the City of Irvine, the city has a great number tourist attractions, bars, restaurants, clubs and other entertainment hot-spots, such as the Irvine Spectrum, that the Irvine Police Officers patrol looking for Drunk Drivers. 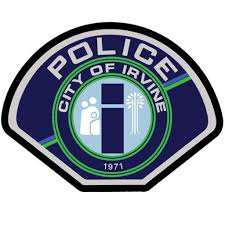 If you were arrested in Irvine by the Irvine Police Department, contact Peter F. Iocona and the Irvine DUI Lawyers from The SoCal Law Network today for a free, no-cost, Irvine DUI Consultation and DUI Case Evaluation from Irvine's Top-Rated DUI Defense Firm.

If you were arrested for DUI in Irvine by the Irvine Police Department, you should expect your Irvine DUI case to be heard out of the Harbor Justice in Newport Beach, California.

Speak with an Irvine DUI Attorney from The SoCal Law Network today to learn more about the possible defenses of your Irvine DUI case, and how you can best defend yourself against the oftentimes severe sentencing measures the Orange County District Attorney's Office seeks to impose.

DIRECTIONS FROM THE IRVINE POLICE DEPARTMENT TO PETER F. IOCONA, ATTORNEY AT LAW IN LAGUNA HILLS